The AZ Ground Pounders got real aggressive on three lions during Mid December.  The first Lion caught was a Tom for Buck Brush Outfitter's Matt Smalley. Matt came out to hunt with the AZ Ground Pounders and connected on his Tom the second day of his hunt. Matt made a great shot with his .45-70 and put the big Tom down. 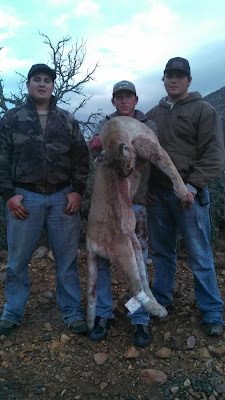 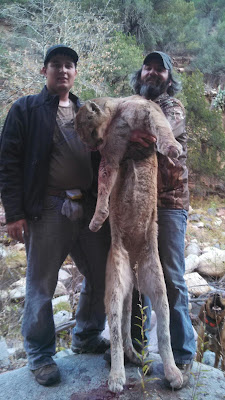 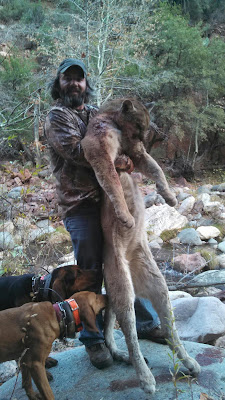 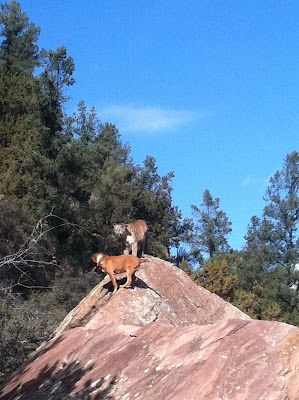 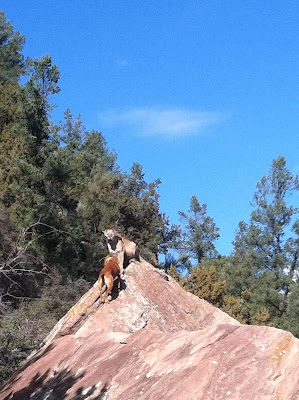 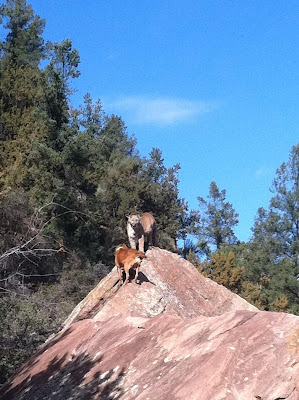 The third Lion of the week was caught on the seventh day. Jay Scott and Darr Colburn of Colburn and Scott Outfitters glassed a good Tom and called the AZ Ground Pounders to get him caught. Hunter Cody Goff decided it was time to kill his first lion. He made good on his shot and finished off a great week of lion hunting for the AZ Ground Pounders.  More of the story and video of the lion can be found at jayscottoutdoors.com 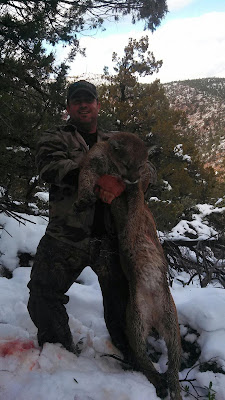 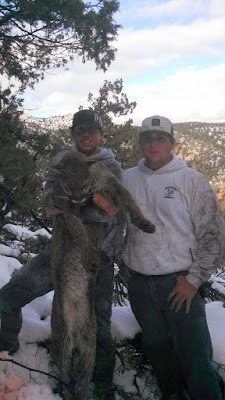 Posted by Waylon at 9:14 PM No comments:

Jimbo Armstrong was drawn for the Late 23 Bull tag. He knew he would be able to kill a good bull with the help of the AZ Ground Pounders. Levi and Waylon began glassing every chance they got for a good bull. Levi glassed a good six by six bull from around 2 miles. They made a move on the bull to get some good video of the bull. After showing the video to Jimbo it was decided that on opening morning he was the bull to hunt.


Opening morning found Jimbo, Levi and Waylon glassing from the closest knob to where the big bull was found. Adam Munson was glassing from the top of the ridge to make sure the bulls didnt work theur way out of canyon.  Jimbo immediately found a couple 300 type bulls. About twenty minutes later Levi glassed bull in the bottom of the canyon. Waylon put the spotting scope on him and confirmed he was the big six. There was another bull with him that had short fronts but a twenty inch third on one side.

Jimbo decided to kill the straight six. Levi ranged the bull at 525 yards and turned the custom turret on Levi's Custom .300 Win Mag.  Jimbo made a perfect shot on the bull and he only made it about 7 yards.  The pack out took all day but it was well worth it for an opening morning 340 plus bull. The bull was unique because he had a three foot scar down his back where either a lion or bear got to him at some point. 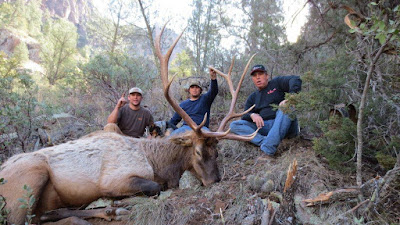 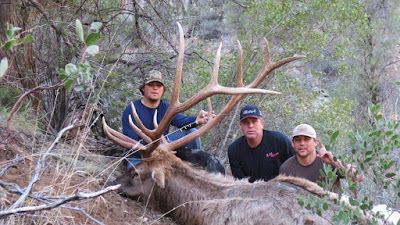 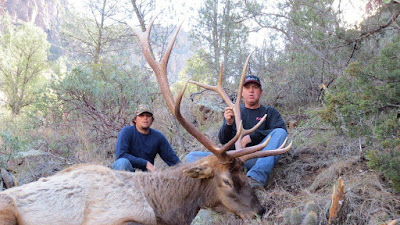 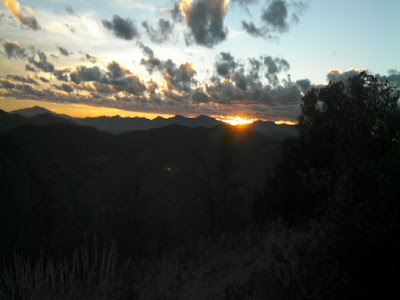 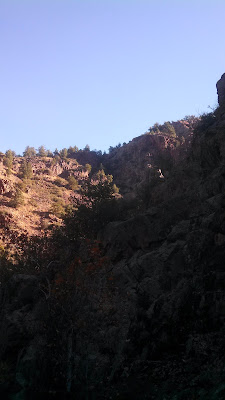 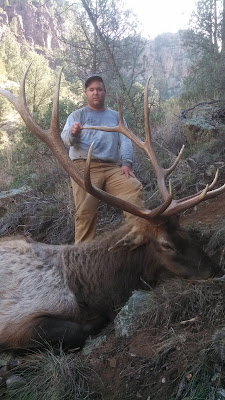 Posted by Waylon at 9:42 AM No comments: